We start a bit later today and just take easy since we have seen so many animals. All that is missing is the leopard, which does not inhabit these parts.. 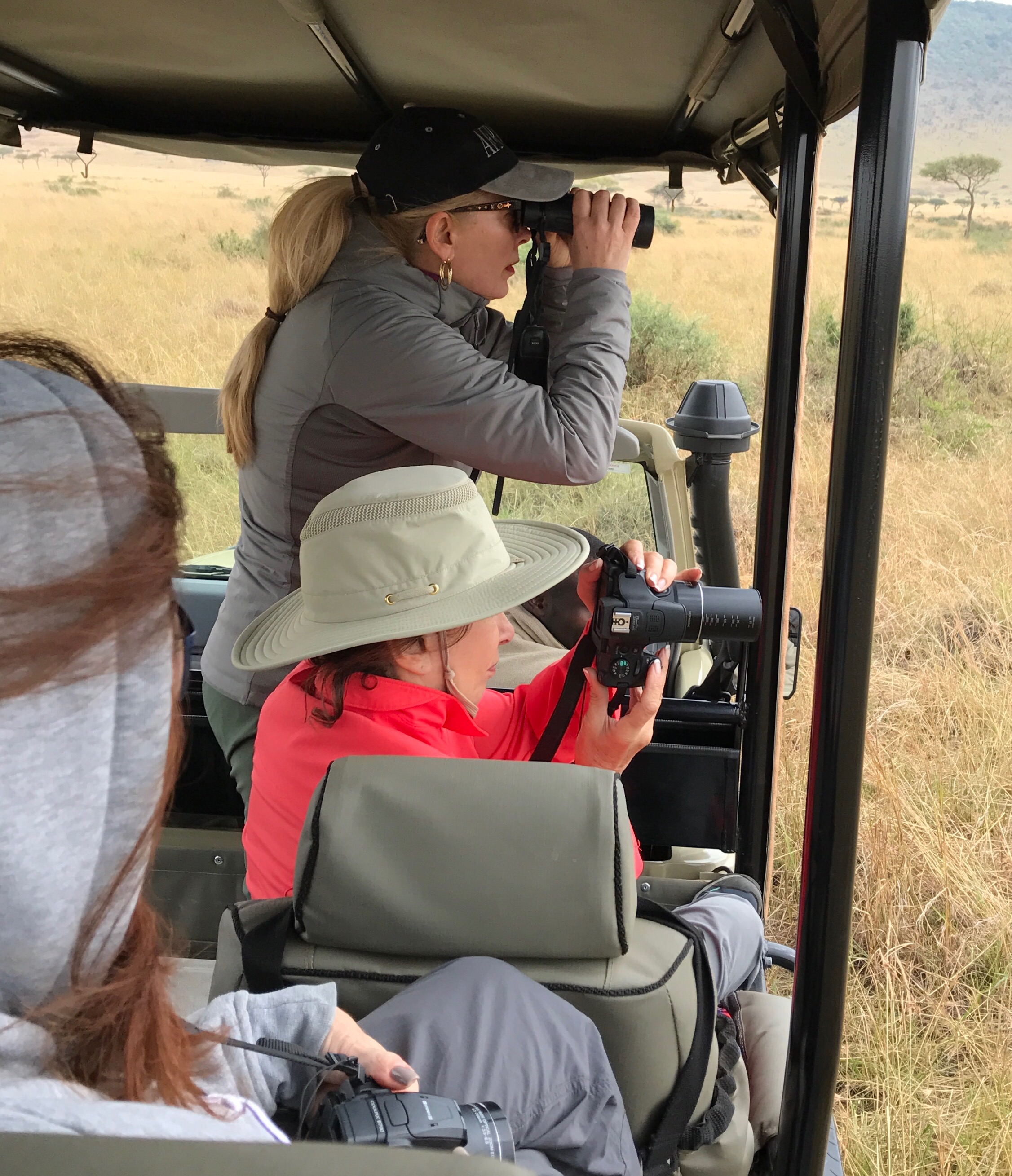 We still keep taking pictures as there is always something different, worth remembering or looking at. 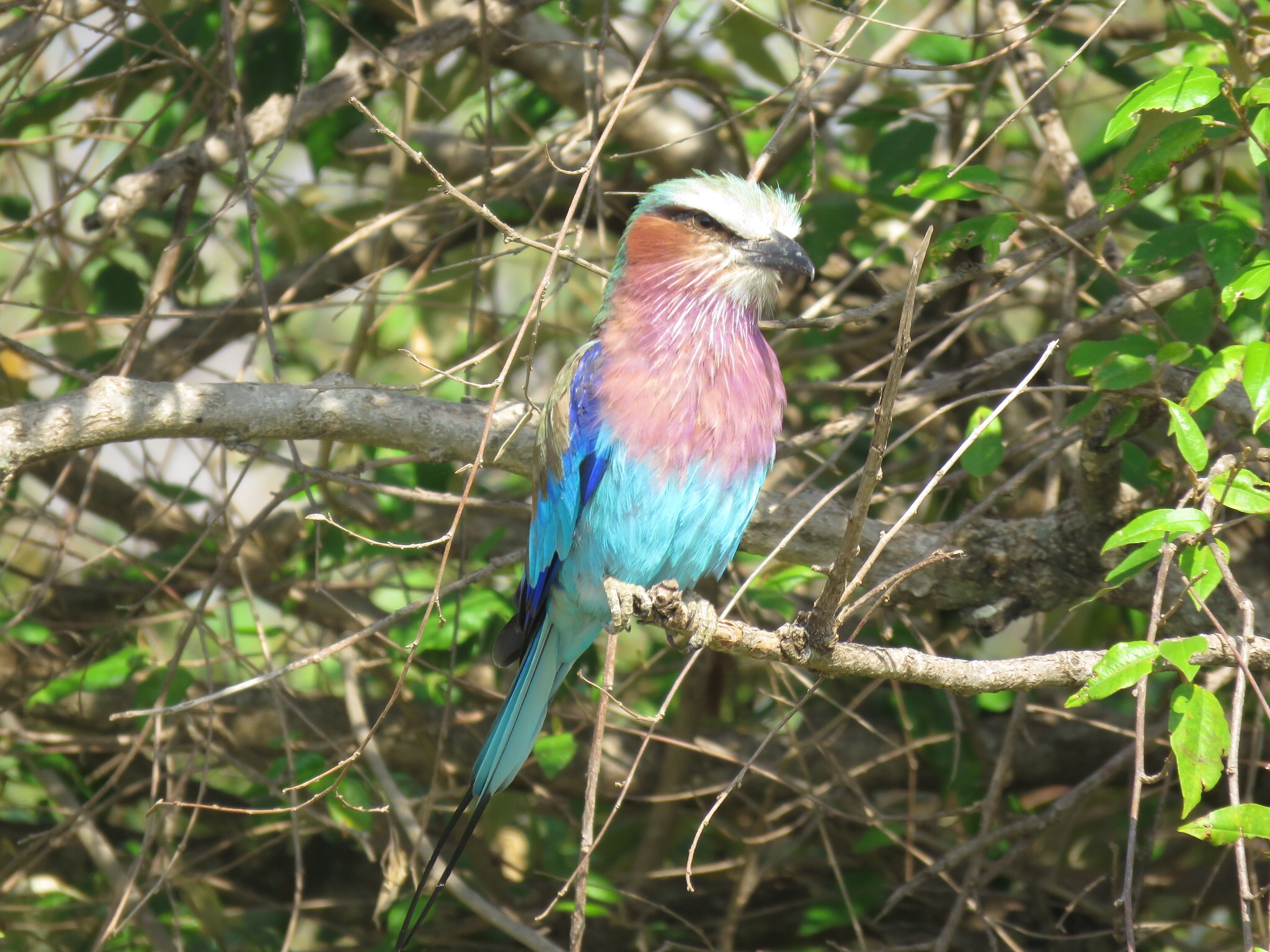 We are privy to see the most colorful bird, it appears as though he’s wearing a mask; the Lilac Breasted Roller. When he flies his plumage is of an iridescent blue, impossible to capture! Zebras and their shadows with the wildebeests are always roaming together, playing in the river. 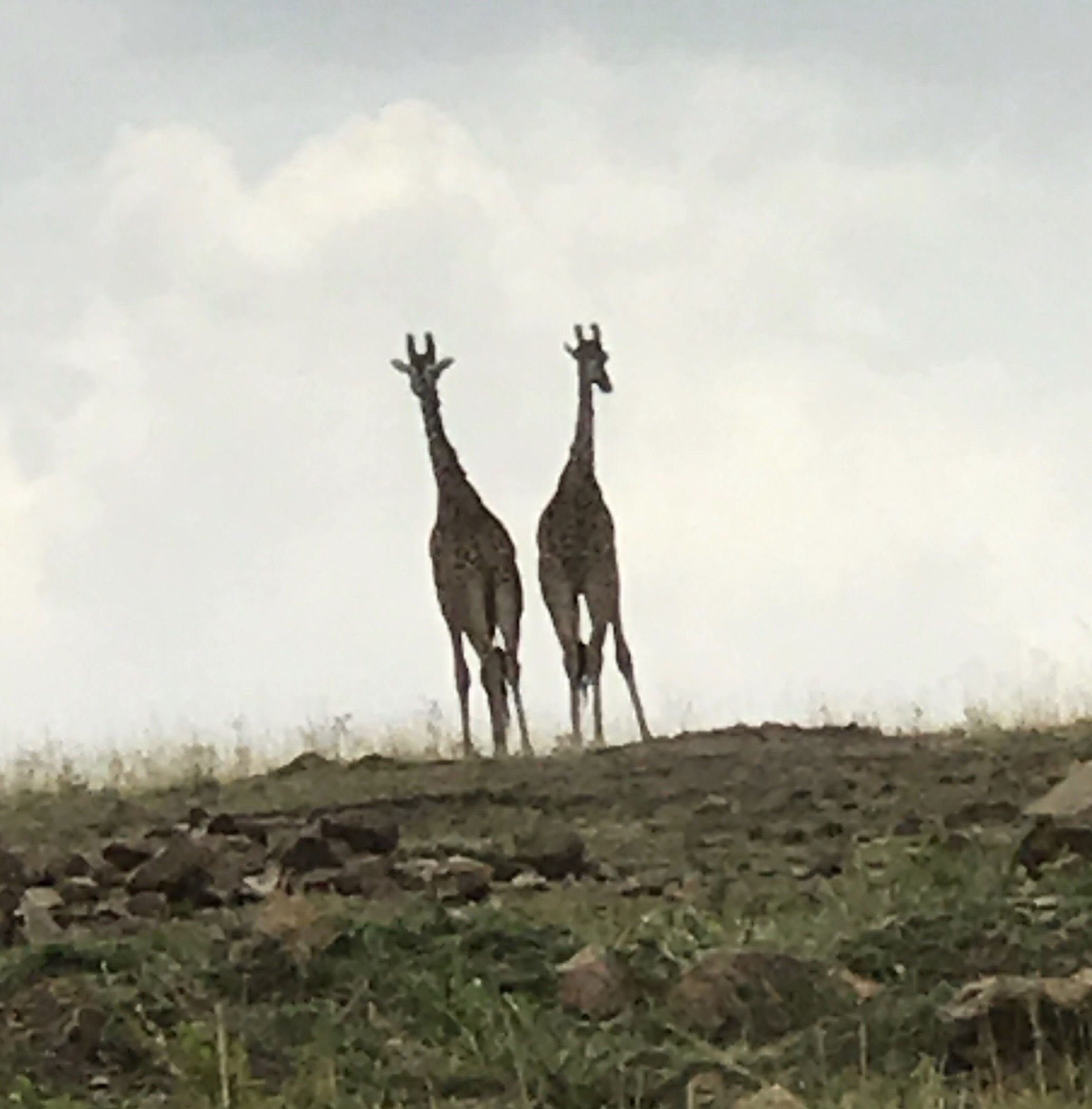 It’s as though we’re looking at twin giraffes in the mirror! 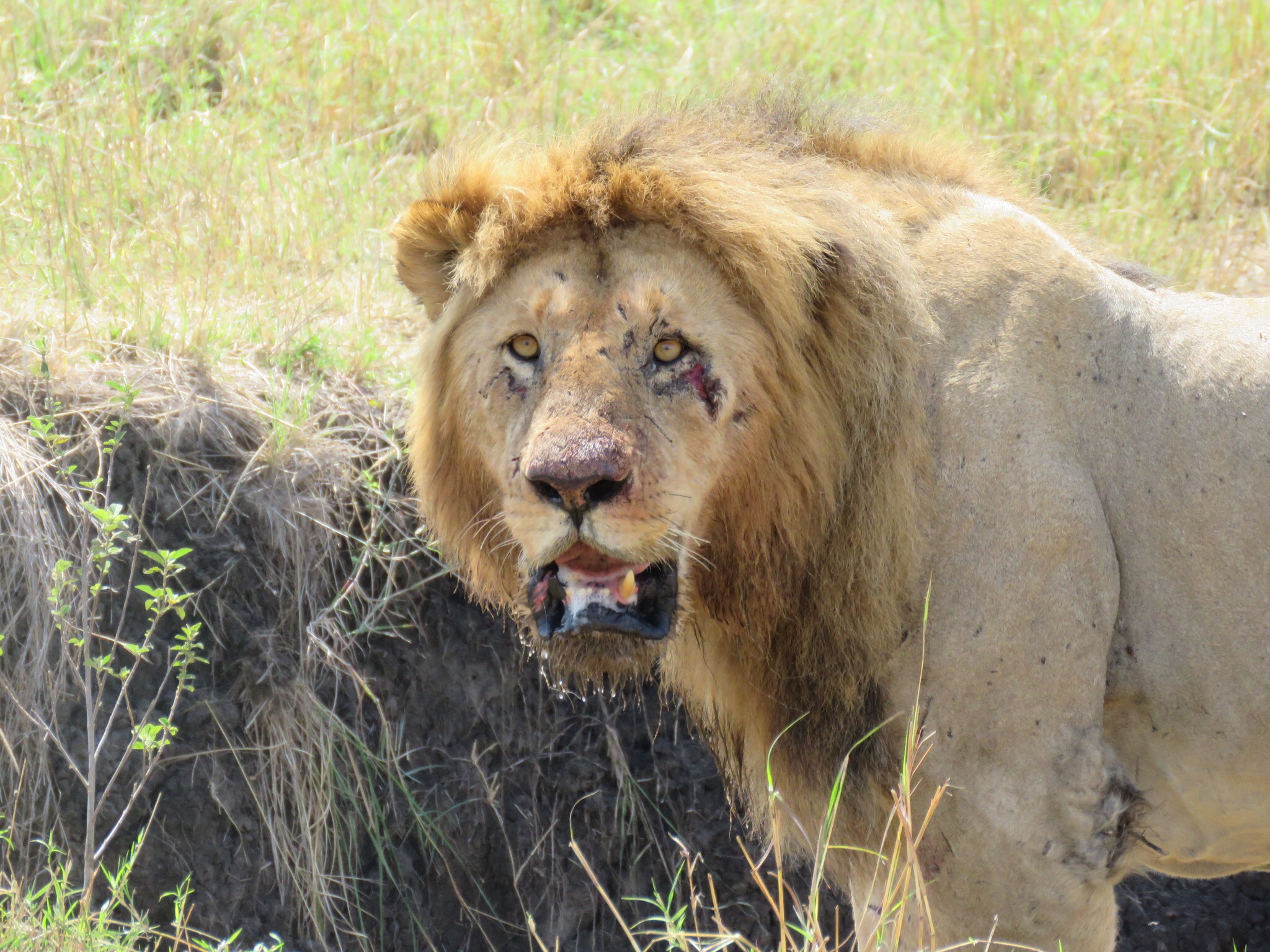 The same beaten up lion we’ve been seeing around. 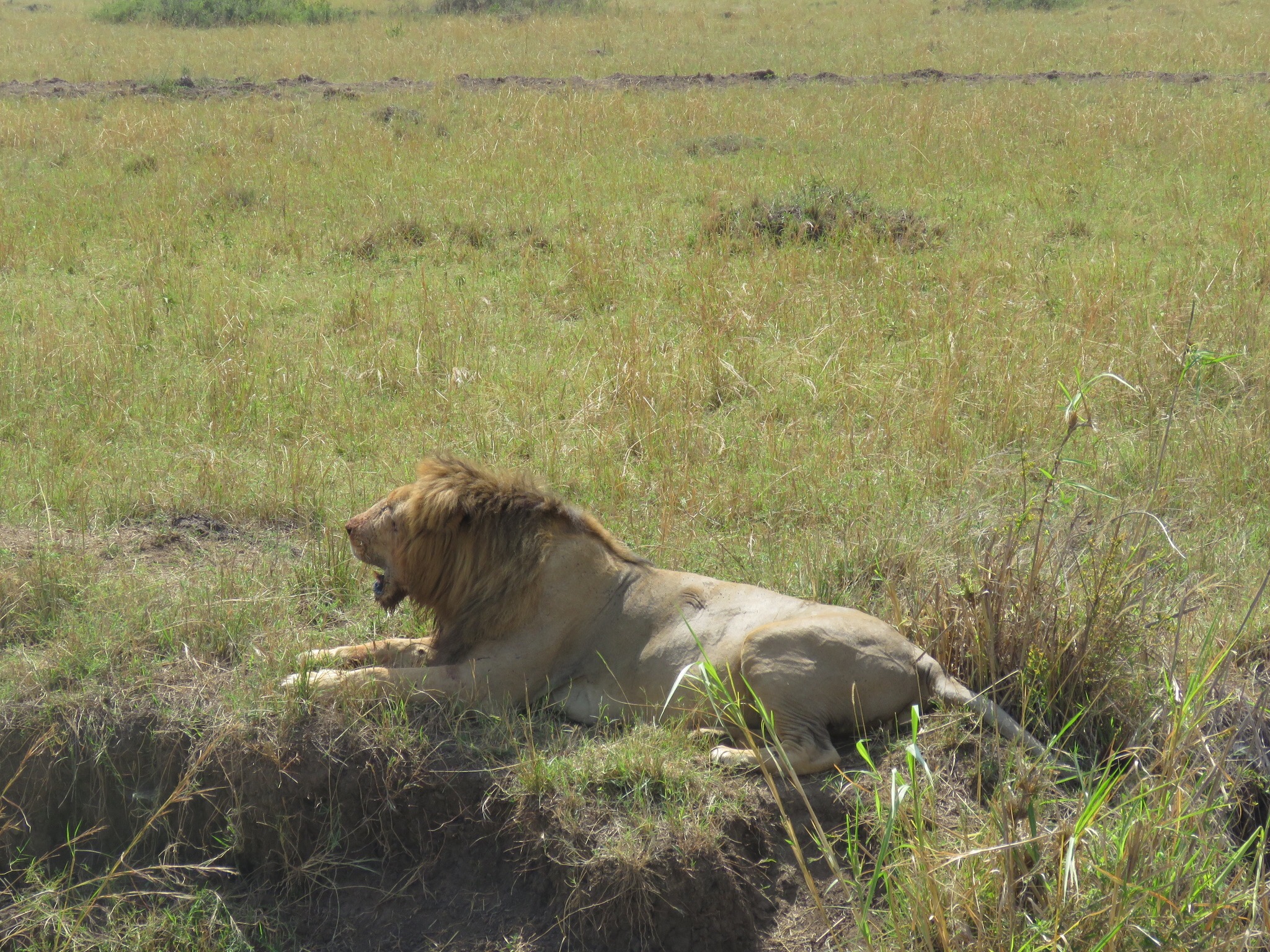 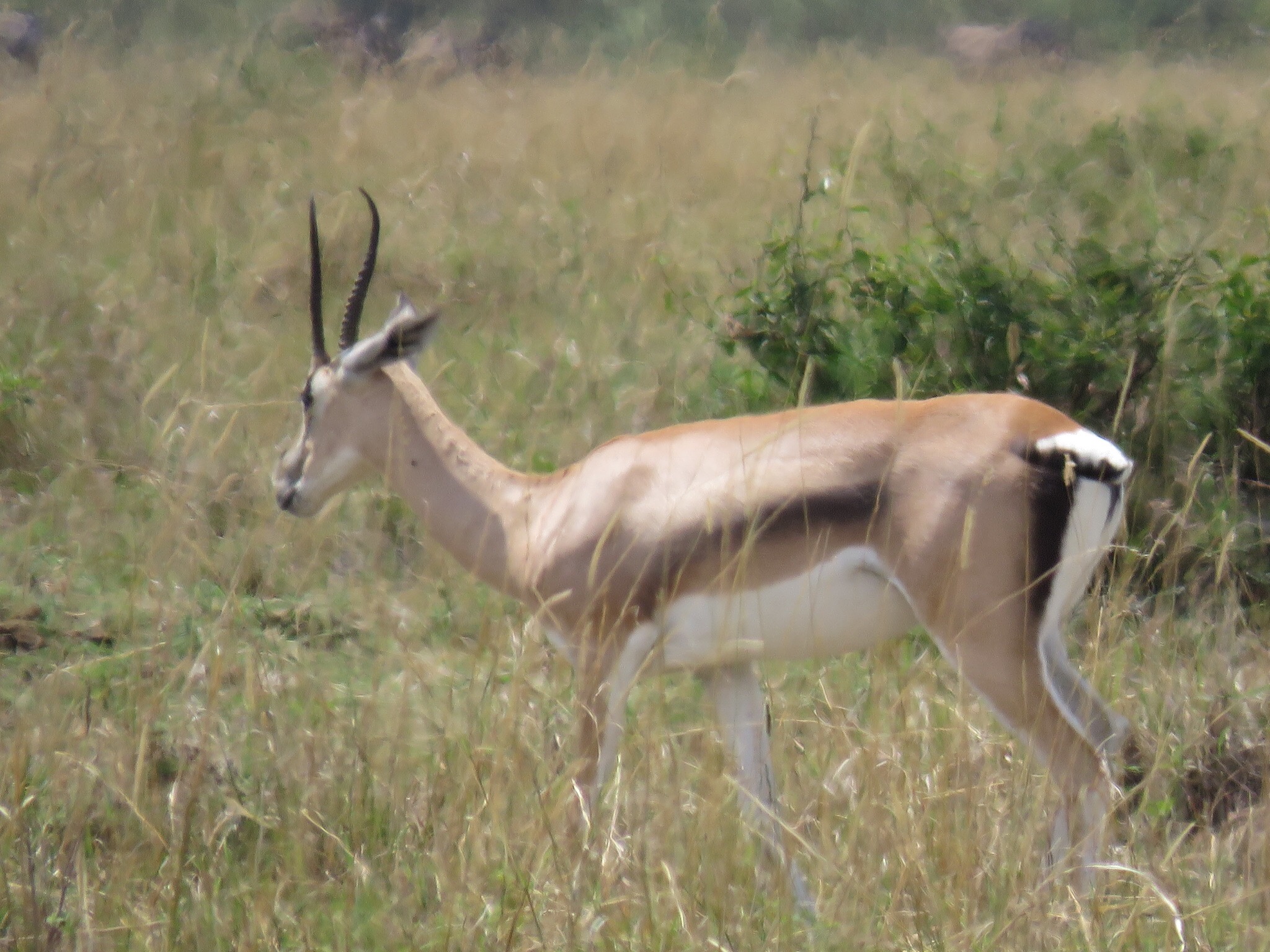 A Grand Gazelle, an animal we had not seen before, graces us with its elegance. A Hyena eating its prey; the wildebeest. He is a lone and ferocious hunter. He first bites the heels of any prey and when the prey is down and alone, he consumes it quickly. 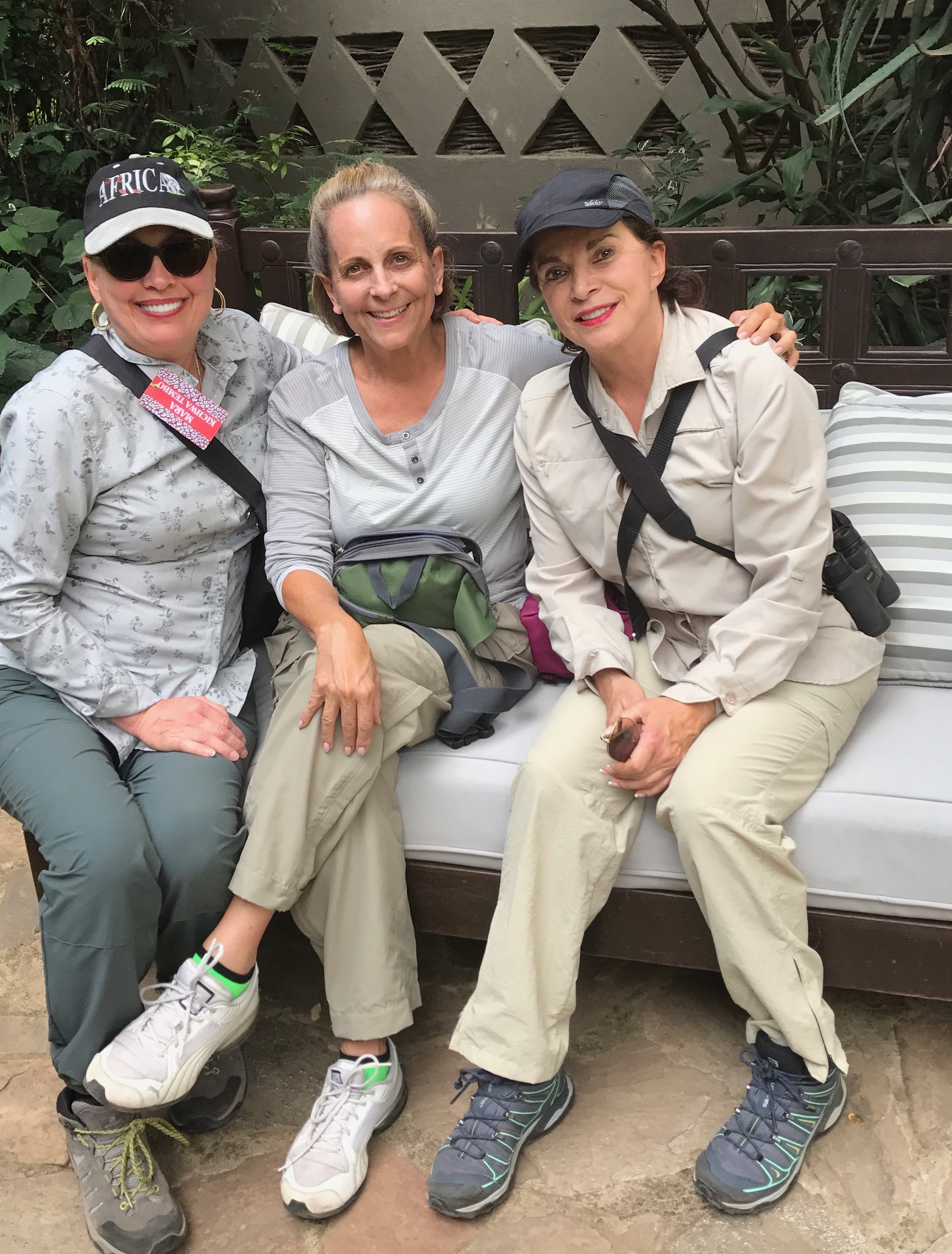 After lunch, during the late afternoon, we , Johanne, Paulinda and I, 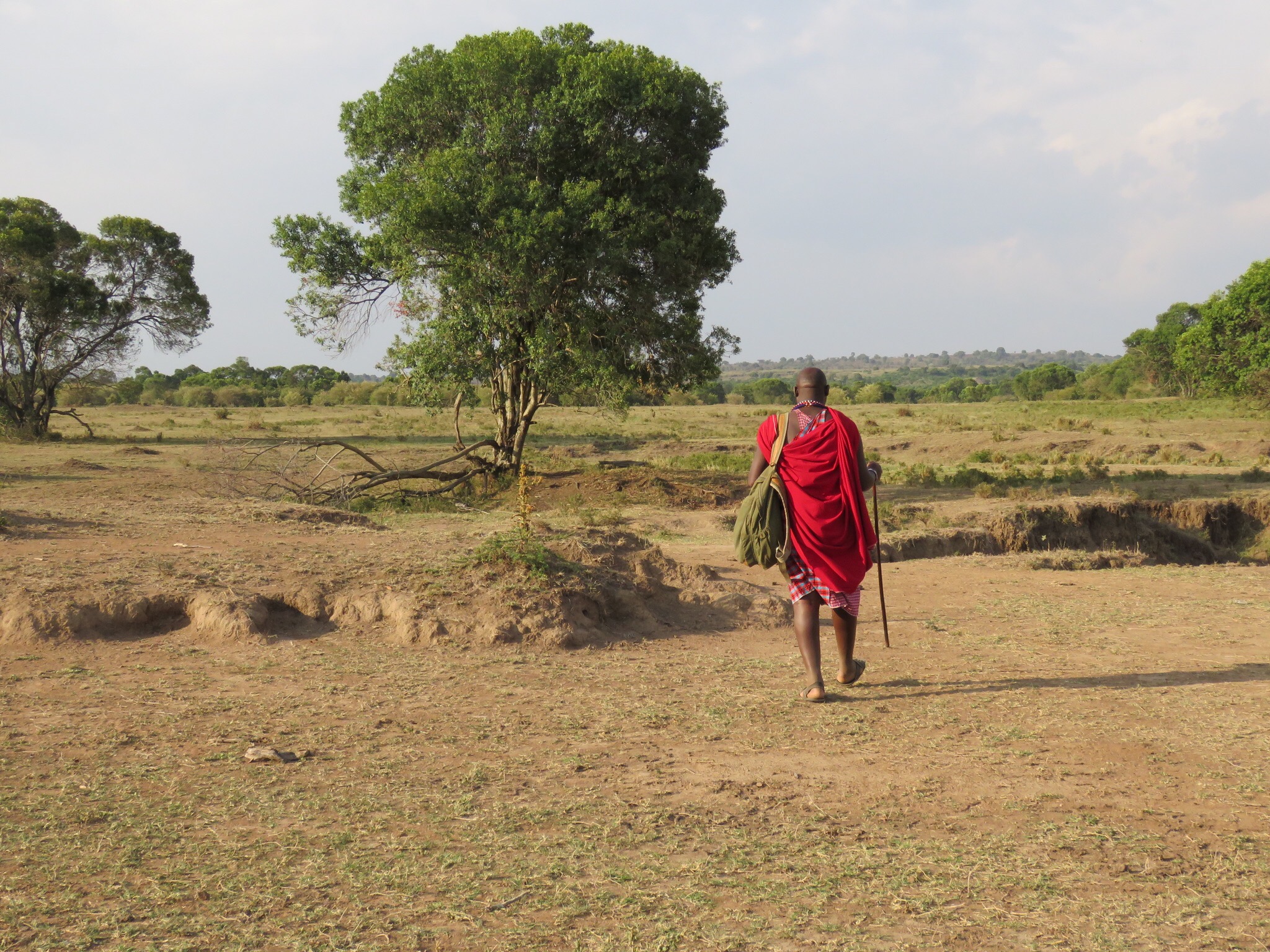 start our 2 hour walk along the Mara river with Richard, the Masai. 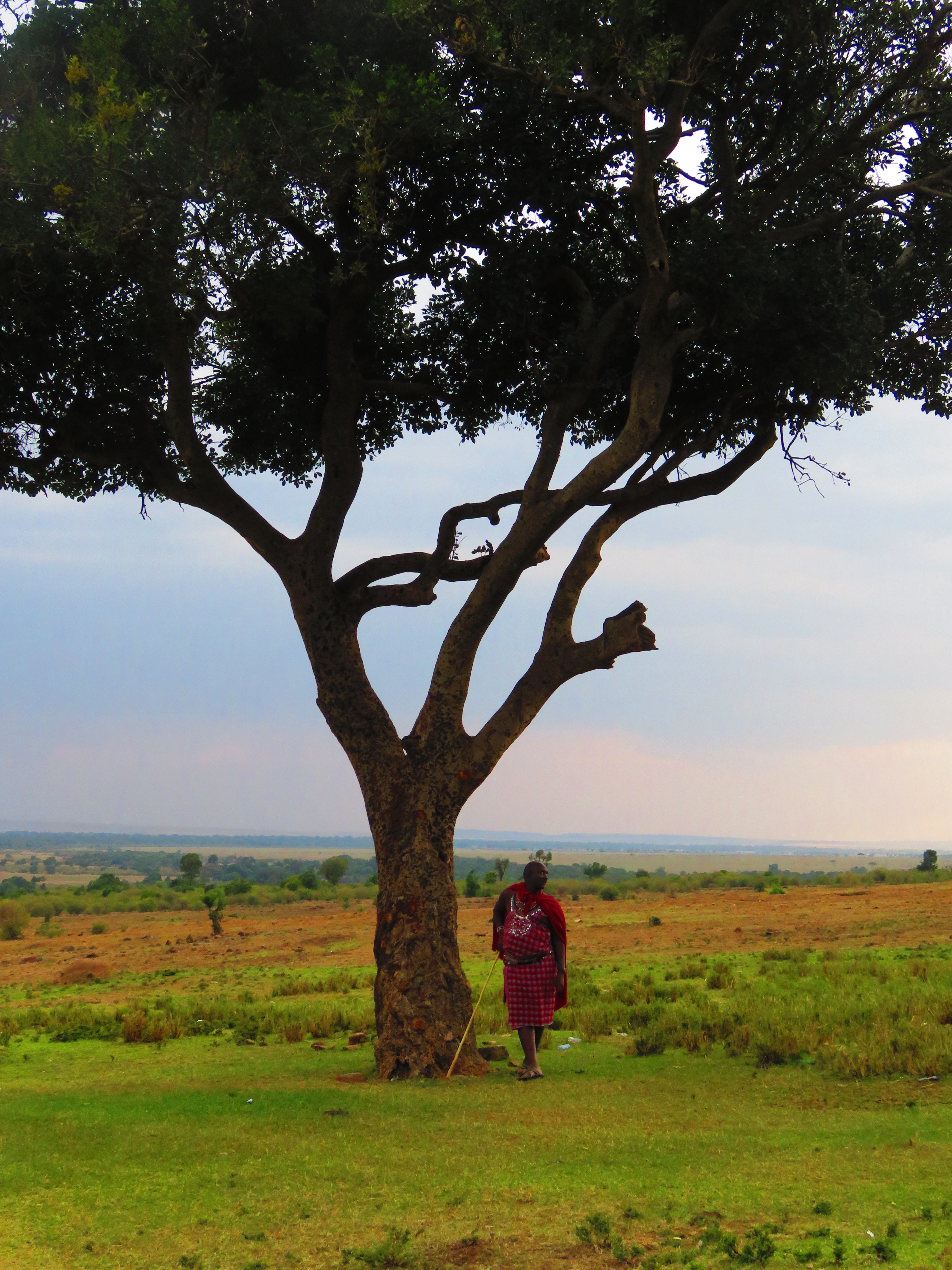 He looks imposing next to the tree

We happen to walk right next to zebras. 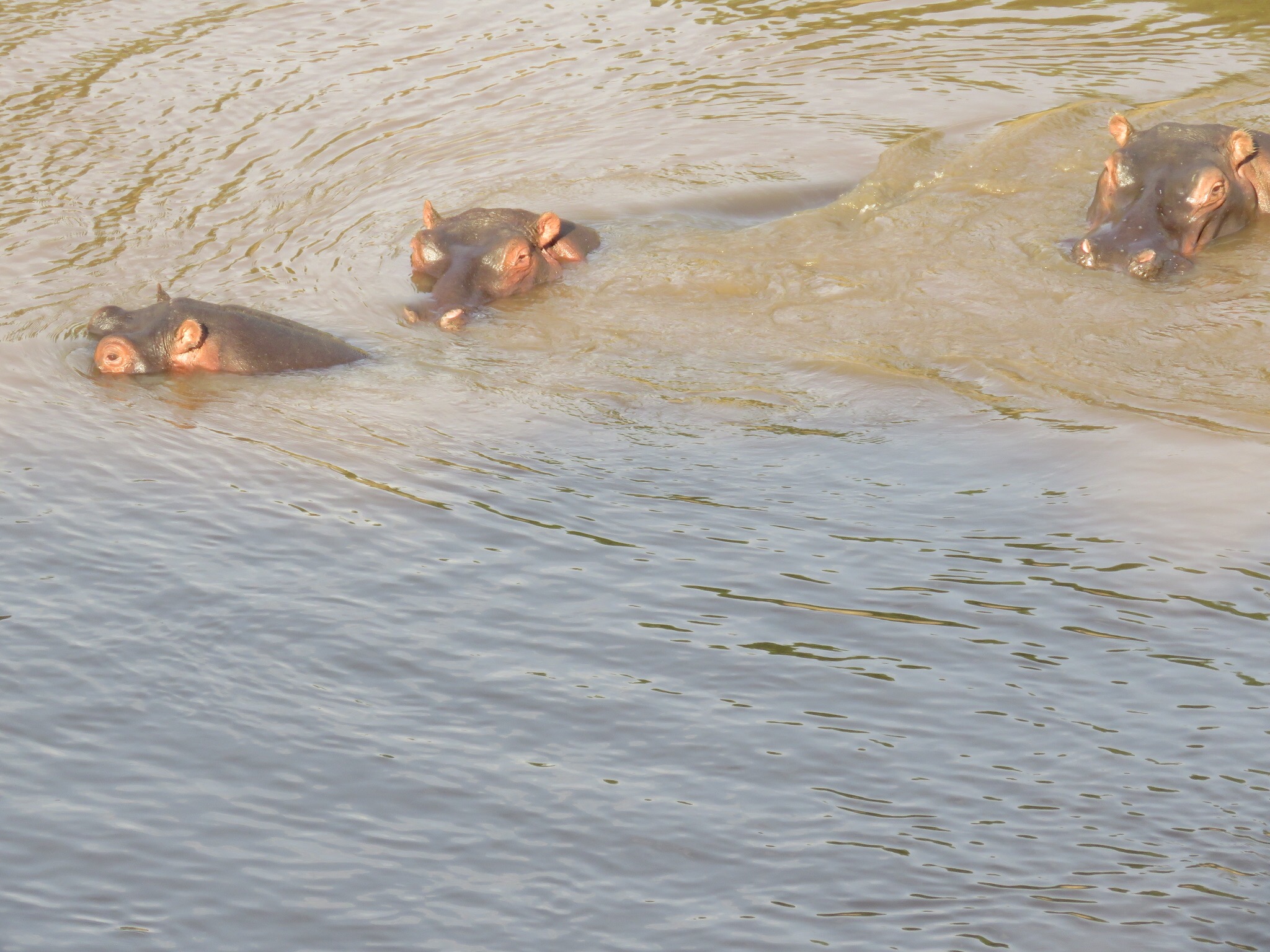 We see hyppos cooling themselves in the river. 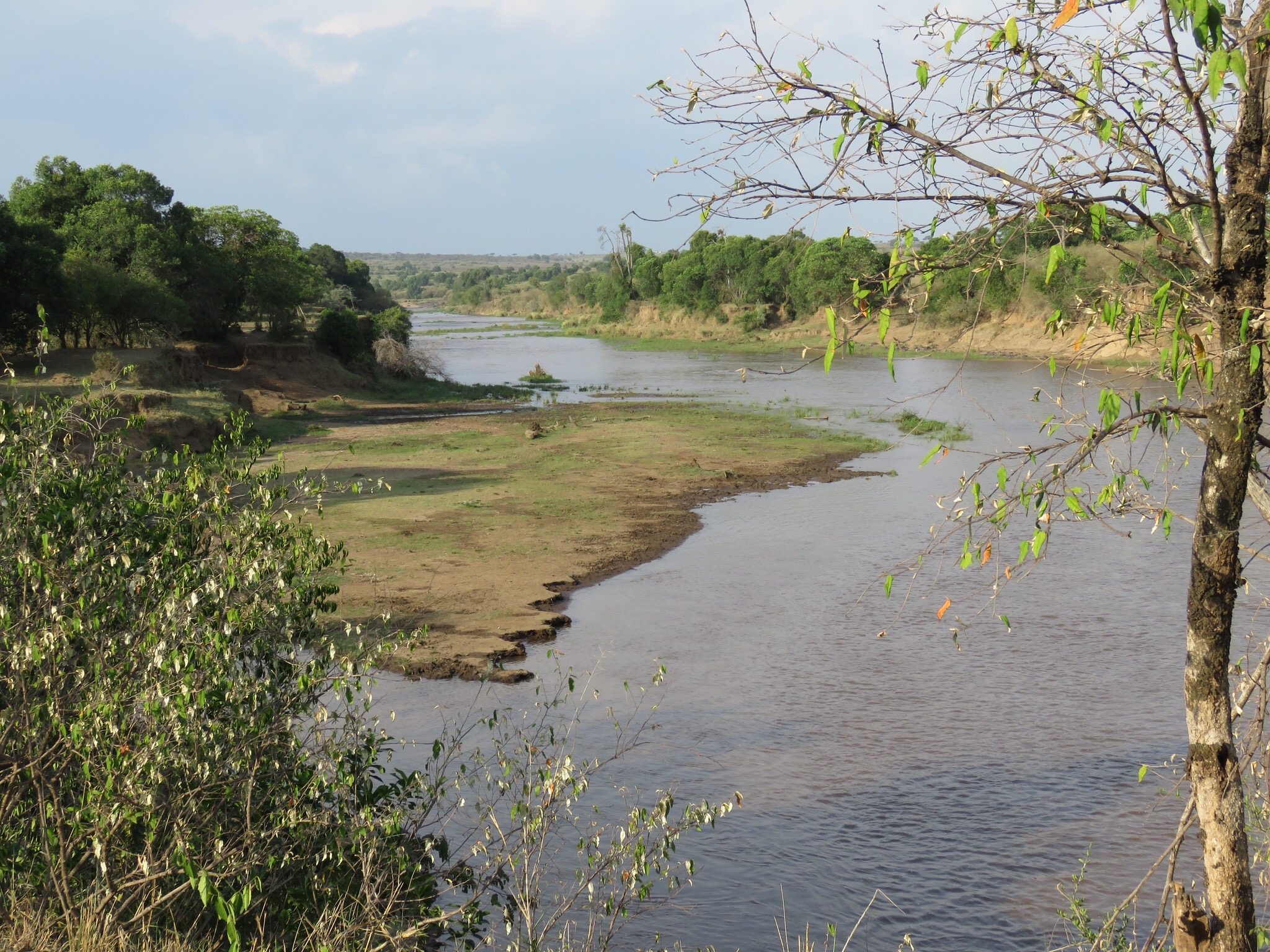 An alligator hangs out on the river bank but he’s quick to disappear in the water, submerged with only a peak at his eyes.

After the 3 mile walk we rest a bit in our tent, while I am dozing off on the deck near the river; I hear this ruckus in the water. 2 hyppos in front of me are trashing themselves in the water, playing;

They tease each other by opening their mouth and test each other strength that way!

I arrange a special dinner which Jackson, the manager, organizes for me. 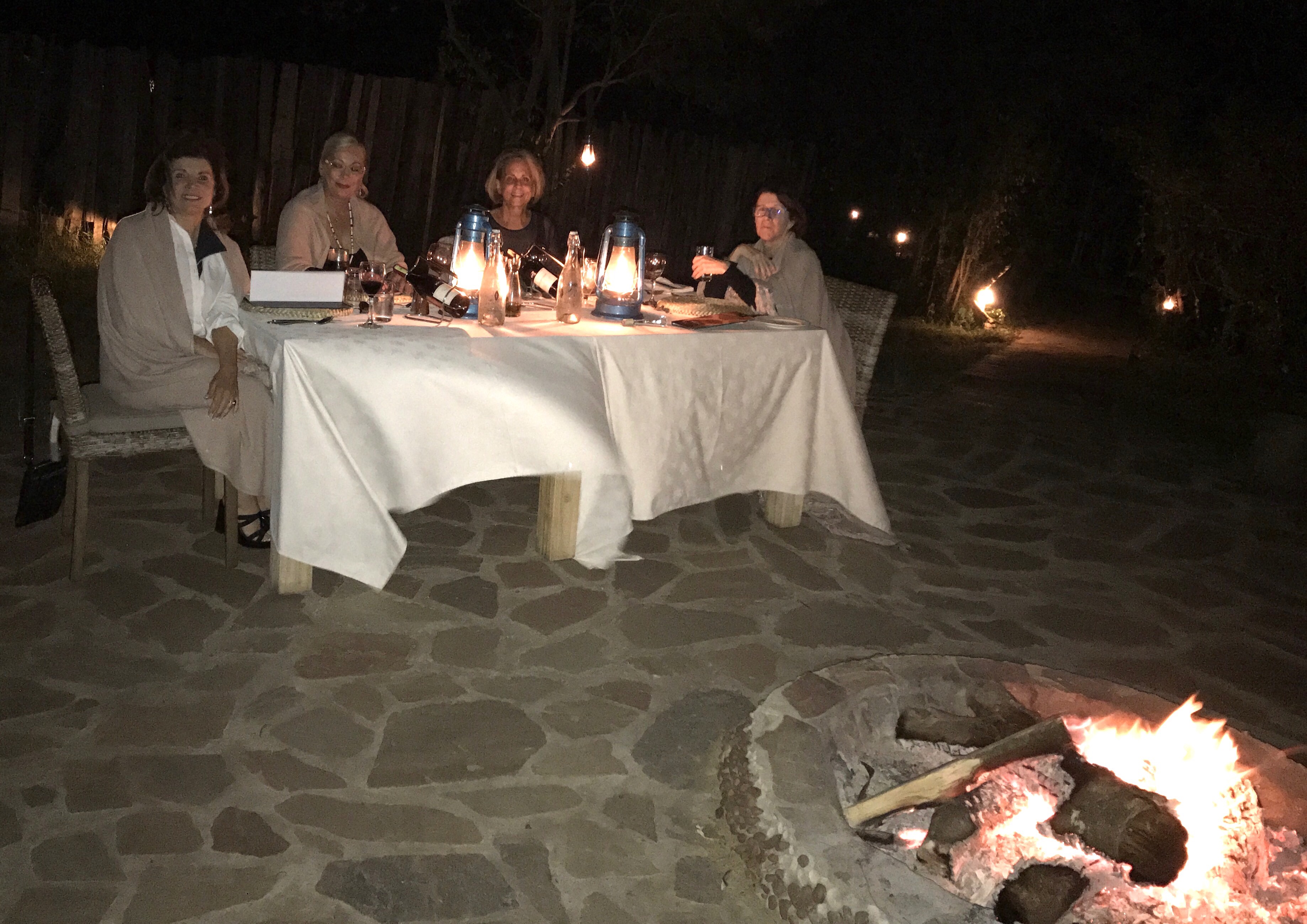 So in celebration of Paulinda and Johanne’s special birthday, he sets up a table near a fireplace outside. Great thought! But it was a bit windy, so we eat our dinner outside and move inside for the desert which they prepared

and the entire kitchen crew sings and dances for them. 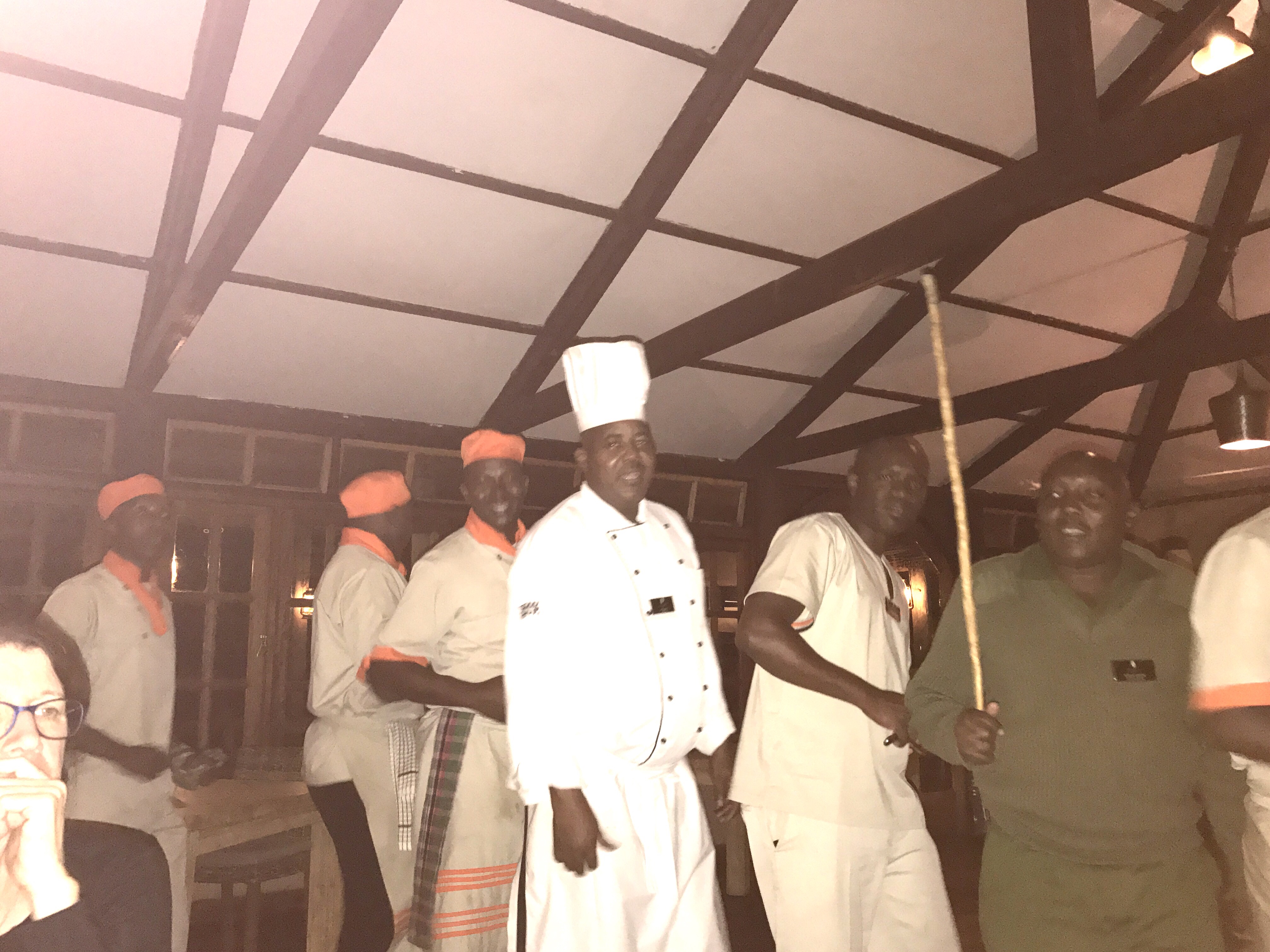 Even chef Big JOHN joins in the celebration. 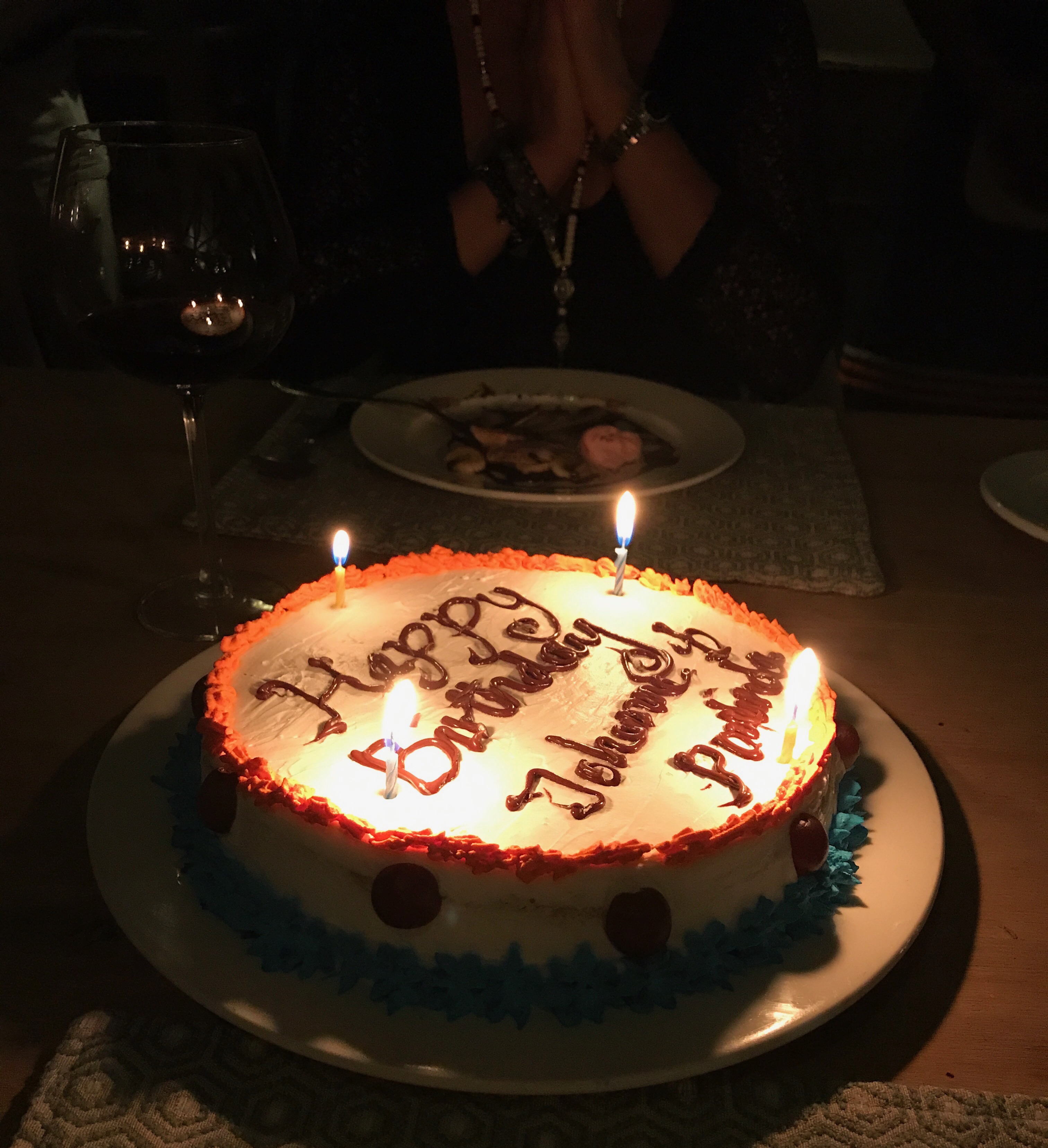 it was a memorable evening!