I spent the afternoon with my tour guide Twain, touring Hanoi. 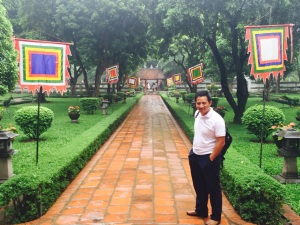 He possesses a masters in tourism and ethics minority’s studies as well as a doctorate in history. I think I’m in good hands! Our first stop was the Ho Chi Minh compound 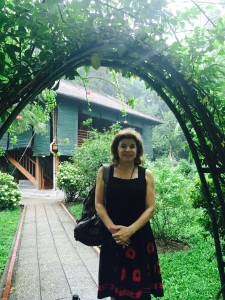 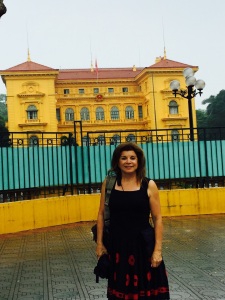 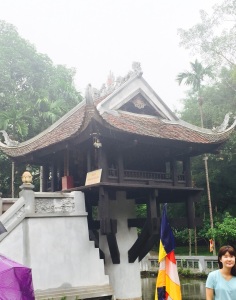 where he worked for many years but being that he was a humble man, he could only live in the main house for less than 2 years, then he moved to a small pillared house on the same property. He was the father of North Vietnam’s independence and quite revered by all the people Vietnam. Our next stop was Confucius Temple, 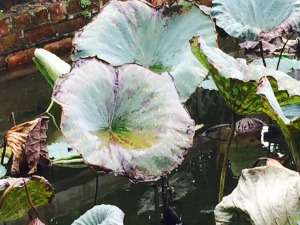 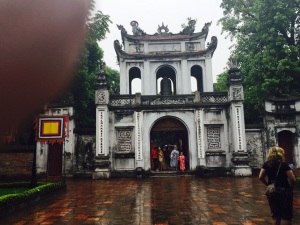 which Was erected one thousand years ago and educated many people in its philosophy. The sign 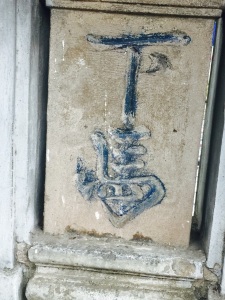 you see in front of it means ” get off your horse”! In reverence to the temple, you could only walk in front of this beautiful structure, back in the day! Our next destination was Maison Centrale, 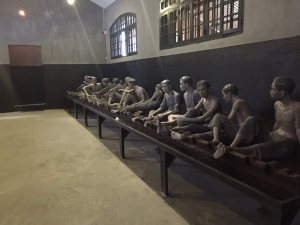 dubbed Hanoi Hilton as it held a lot of American prisoners during the war such as John McCain. It was chilling to see as you could feel the severe subhuman conditions. We proceeded to Hoàn Kiếm Lake and walked on the wooden red bridge 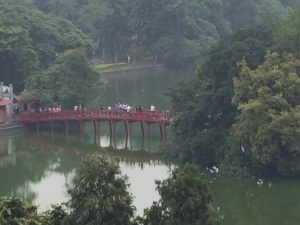 separating one of the many lakes in Hanoi! Walking and crossing the streets of old Hanoi is a bit scary with the zillion scooters 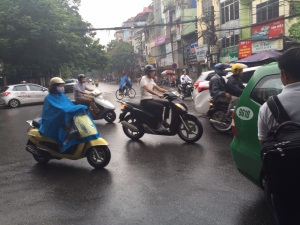 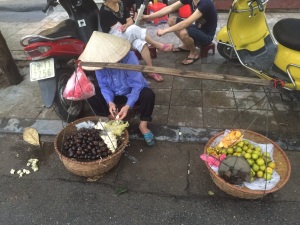 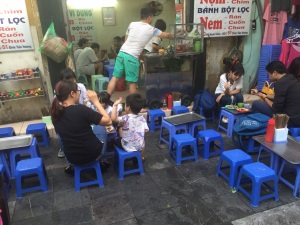 coming at you. The buildings are multi use and quite narrow . Finally, we ended our tour with An egg coffee (cà phê trứng) 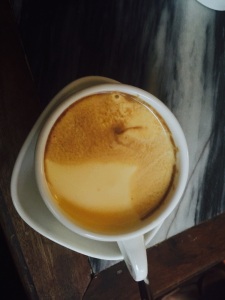 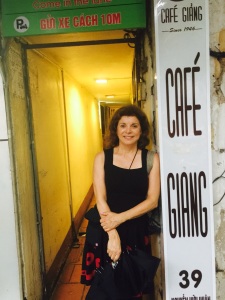 is a Vietnamese drink which is traditionally prepared with egg yolks, sugar, , it is so delicious that I will surely prepare at home!